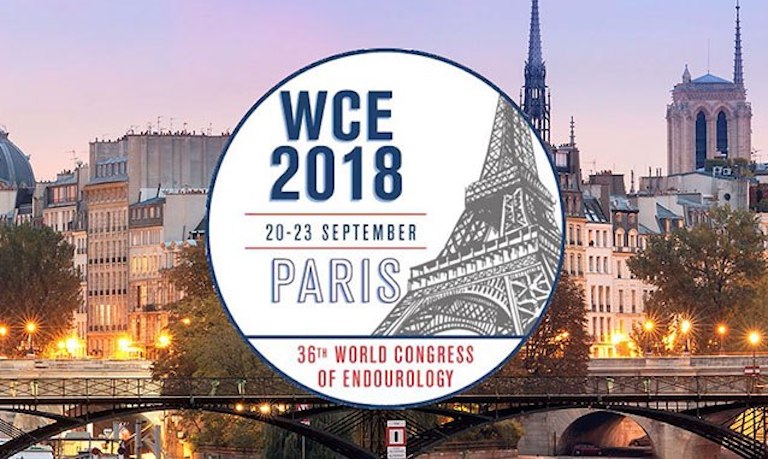 The Institute for Urology and Reproductive Health, Sechenov University, presented 10 video reports and made 13 poster presentations. Some of the academic work was a result of cooperation with leading researchers from France (Sorbonne University), the USA (UT Southwestern Medical Center) and Germany (Hamburg Asklepios Clinic). The University ranked third among all the participating institutions.

Dmitry Enikeev, Deputy Director for Science, became the first ever Russian scientist to deliver a report at the plenary session of the congress. During semi-live surgery he commented on the laser technique of prostate removal for benign prostatic hyperplasia. He also presented four video reports on surgical treatment of benign prostatic hyperplasia and bladder tumor.

Alym Dymov and Dmitry Korolev reported on laser surgery for bladder cancer and urolithiasis. Postgraduate students and young researchers of the Institute for Urology and Reproductive Health shared insight into physical aspects of laser surgery, challenges inherent in robot-assisted techniques and unusual clinical cases. Students also provided input: Ekaterina Laukhtina, a student in her sixth year of University and Head of the Urology Study Group for Young Researchers, presented a report on the effects of laser surgery for prostate hyperplasia on erectile function.

The congress attracted over 5,000 participants from around the world this year. The key topics featured were robotic-assisted surgery, focal therapy for prostate cancer and endoscopic techniques for benign prostatic hyperplasia and urolithiasis.